Iowa Trip - Cause no one will come to us anymore. I guess that's what happens when you move a million miles from home. 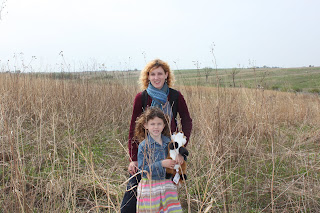 Little Frog on the Prairie 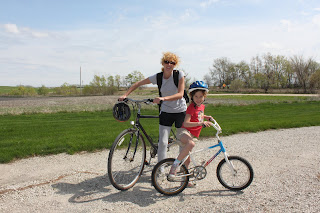 Froggy rode 31 miles last week! We worked on bike etiquette also called "not screeching to a halt without warning while knocking random people off the trail (but mainly her mom, Uncle Kiwi and Papa). We also worked on "staying to the right," or in Froggy language, "weaving back and forth across the trail to run over a deer, should one randomly cross, while a drunk bicycle fleet whizzes by screaming "On your left." I wouldn't call it a stress-free ride, but I would call it fast! One day we rode all the way from Grandma S. and Papa's house in the country to my sister's antique store in downtown. The bicycle shop guy next door couldn't believe she road ten miles on that little Huffy. Papa picked us up and we stopped at a winery, which is really the only way to survive a ride with the Frog. 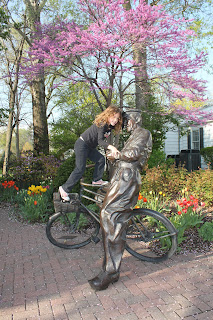 We visited Pella (a Dutch town in Iowa) where climbing statues is frowned upon. But apparently done anyway. 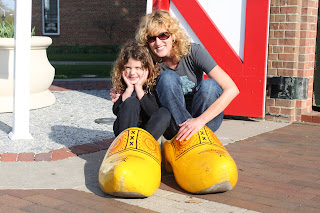 It's a town of tulips and gigantic wooden shoes.
It's like a Dutch Disneyland, but without the rides or fun. 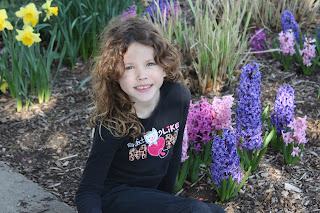 Here's Froggy pretending to be as 'calm as a flower.' 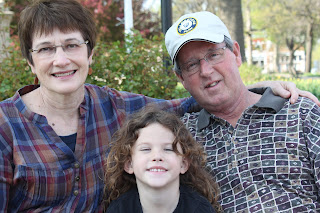 Grandma S., Froggy and Papa. The kiddo was so good on this trip -affectionate, loving, sweet and well-behaved...other than climbing statues, and knocking bicyclists off the trail. But overall, as calm as a flower. 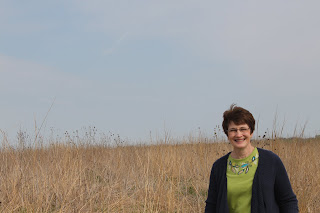 Grandma S. at the Wildlife Refuge Center, where buffaloes roam the Iowa prairies. She looks happy here, but that was before the buffalo charged. We told her to stay in the car, but Grandma never listens. We thought about waiting for her, but then we heard about this great Brewery in Knoxville, so we left her in the wild! Don't worry, she sent us a postcard saying she's now a Buffalo whisperer and has heard the call of the Tatonka. Weird. Unexpected. But kind of cool. 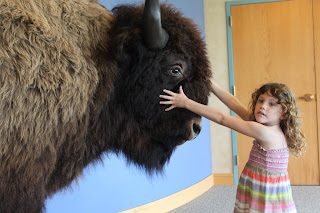 Froggy missed Grandma and convinced the Grand Poo bah Buffalo to release her! Whew.
Posted by Froggymama at 8:52 PM 3 comments: