Kicking CF to the curb 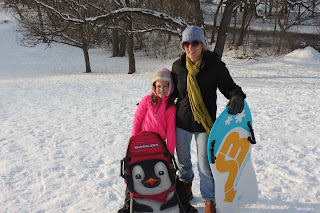 At Froggy's last CF clinic appointment, her pulmonologist, nutritionist and GI doc all said the same thing, "Keep doing whatever it is you're doing!"

I can't tell you how wonderful it is to hear that this hard work is paying off. And I understand as a CF mama that it doesn't always and diligence makes no promises. But man it felt good to hear we are doing something right.

Froggy gets a g-tube feed every night, so I'm up 2 times to give enzymes and then unhook her. And then a couple hours later, she wakes up to pee (750mls of formula will do that to ya), so I'm usually up again. We've tried giving her enzymes only at the beginning of the feed and that caused malabsorption, so it works better to just get up. It's been our routine, our normal. But there are nights where an uninterrupted snooze would be heavenly.

Being a mom is thankless (worth it, but without alot of pats on the back, more like whiny slaps) so to see results, to be part of working towards my kiddo's health and seeing it make a difference, having confirmation from her docs, is a great validation.

Froggy is taking charge of her own care more. She answers the doc's questions and actually asked our GI Doc at what age could we remove her mic-key? I love our CF specialists. They are honest, but kind. GI  told her that they would want to keep it atleast through puberty. Froggy looked defeated, and told the doc she hated her mic-key and she can't wait to get rid of it. She then gave her reasons why.

"I can't go down the slide on my tummy!"

"It sticks out when I wear my bathing suit."

"None of my friends have one."

I'm proud she made a case for herself (even though it was shot down by mommy and doctor). She's more outspoken and independent at seven than I was at twenty seven.

The mic-key has been a love/hate relationship for all of us. It has allowed us to lighten up on meals,  and let her eat when she's hungry because we know she'll get those extra calories at night. She's also grown from the 5th percentile to above the 50th in weight. So I can't imagine not having that g-tube safety net.

Froggy has adjusted wonderfully to her new home. We have four cats. Four. Four cats. For the love of God, four cats. And they all get along. Although Peanut hisses at June, because she's younger and thinner. But that's to be expected. I've never seen Piper happier (she's pushing 17). They have a patio, so these indoor-all-their-lives cats are able for the first time to soak in the sun and feel the wind between their whiskers.

We have a bunch of neighbor girls on our block who are Froggy's age (give or take a year), and Froggy loves running out the door saying, "I'm off to C's house!" The freedom has transformed her. And it's made my life easier. Less, "Mommy, play with me!" and "I'm bored!" The girls run from house to house, playing American Girl Dolls and climbing the rubber tree, swinging on the tire swing and terrorizing our quiet neighbors. They own the neighborhood now, and love to play "spies" where they hide in the bushes and spy on the passerbys. I caught them spraying unsuspecting walkers with a squirt bottle and found out later it was filled with toilet water. Oh my. They are the girl versions of Dennis the Menace. Denise the Menice of Venice!

Life is good. Hard, but good. As I write this, it is my first weekend in 3 weeks sans kiddo. Atticus and I walked to breakfast (with mimosas of course!), piddled around the house, wrote a bit, went for a walk on the beach, hit the book store, and are now settled in for a marathon of Downton Abbey. After the holidays and struggling with a defiant but sweet Froggy, this is just what the doctor ordered. For both of us. Time to regroup, get some rest and get ready for my rambunctious and rowdy little Frog.
Posted by Froggymama at 7:07 PM 3 comments: