At the beach with Auntie Honka 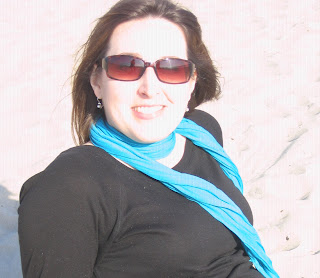 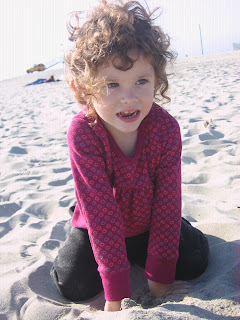 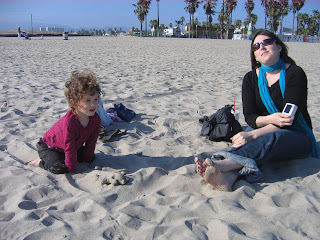 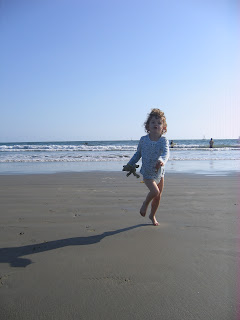 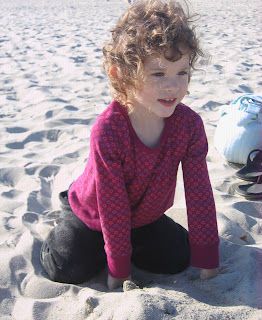 Yesterday we spent the afternoon in Venice, playing on the beach, at the park and stopped by our favorite bookstore to visit the shop cat, Esme.

Auntie Honka (aka Auntarctica) has been here an entire week, and tomorrow morning she's flying back to Iowa. We're so sad to see her go. After spending an entire week with a crazy toddler and two bickering spouses, I assume she'll sigh a sigh of sweet relief as the plane takes off. We're definitely not the Ritz. And you all know what Froggy does in the tupperware.

While Auntie was here we.... shopped, ate copious amounts of Thai and Indian food, saw the movie "Sunshine Cleaning" (sooooo good), walked on the beach, saw a taping of "Chelsea Lately", read trashy celebrity magazines, drank about fifty mochas and even more wine, had playdates, and walks, did dishes, snuggled Froggy, Buddy and the kitties, and laughed so hard I peed my pants a little. Ahhhh, that's what sisters are for.

And now a couple funny Froggyisms:

While jumping on the bed, Froggy stops abruptly, looks up at me like "Eureka!" and says...

What can I say, she's a genius.

While watching the movie "Milo and Otis" Froggy picked up the phrase, "You're dead meat." So she's been using it all the time and has absolutely no idea what it means, for example:

Another favorite expression of her's is "Shut your pie hole." I say it to the dog when he's barking at the mail man. Ooops. I better watch it, or she'll start telling her little friends to shut their pie holes.

Posted by Froggymama at 1:05 PM

I don't know where I've been. I read this post and before I read it thought to myself, "That has to be FroggyMama's sister." You do indeed look alike.

I'm glad you all had a good time together.