I've Worked Hard For the Money 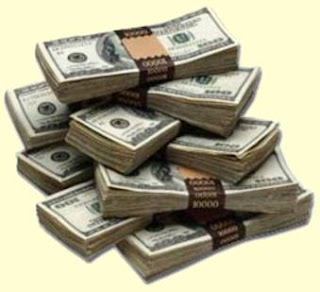 It occurred to me that a lot of people I meet have never worked in the service industry. They've either been the boss, or hopped directly from college to career without those annoying "will work for complete humiliation" jobs. Sometimes there is a big disconnect with people who haven't had to wait tables or sweep floors, just to pay the rent. They are usually the people complaining the loudest and tipping the least.
So here ya go, my list of life experience for the bargain price of roughly 7 bucks an hour.
As a kid

I worked for my dad in his veterinary clinic. I cleaned cages and told all the animals to hang in there, it would all be okay.

High school Jobs
Maid-Rite: a fast food restaurant with loose-meat sandwiches, in a mall. Everyday I smelled like greasy meat and onions.
Chiropractic Clinic: I cold-called people, asking them to come in for free x-rays. I was hung up on a lot, and took it personally. This job lasted about a week.

The mall/opinion poller: I was one of those obnoxious people who asks if you could spare a moment to talk about your favorite feminine hygiene product. People ran from me, and again, I took it personally.

Movie Theatre: Once again, a smelly job, this time - popcorn. Two movies played all summer "Sleepless in Seattle" and "The Firm". I saw the last five minutes of each film about 300 times, before cleaning up soda cups and red vine wrappers. After finally working my way up to "ticket taker" I realized this was only a summer gig.

Teaching English: In Moscow, Russia. I went abroad for a month and we taught English to elementary kids. It was a life-changing experience watching the Russian children getting drunk during the lunch hour with their teachers. I was chased by some Gypsies, witnessed the most extraordinary cathedrals, and found a human toe-nail in a sausage. And strangely enough, I loved Russia.

COLLEGE
Coffee Shop: I can make a killer cappuccino. My foam is amazing, without bubbles and I can make a leaf imprint out of espresso. All this for $6/an hour.

Bus Driver: This was a great job! I loved driving the big rigs. And how many people do you know who can parallel park a city bus?

School Bus Driver: The elementary kids were wonderful, the Jr. high kids were the spawns of Satan. I also drove the bus for disabled kids, and had a boy who was emotionally disabled because he was from Bosnia and had post-traumatic stress disorder, and Autism. We also had twin girls who were neglected by their birth mother, so they developed their own twin language, but couldn't communicate with others. They lived with a 400 pound foster mom who wouldn't answer the door when they came home from school. What a humbling experience. But there was something romantic about waking up at 5am, stopping at the 7-11 on a cold December morning for a big cup of coffee and a donut, to drive through the Iowa hills, watching the frost greet the morning.

Sprint: I sold phones in a kiosk in the middle of the mall. It was a summer gig, and I read a ton of Joyce Carol Oates novels. She was my favorite novelist at the time. I had a mad crush on the guy who worked at the photo shop across the hall.
University of Iowa Theatres: Asst. House Manager for fantastically cheap and creative college theatre.
Hippie Daycare: Tim (the owner) had a daycare in his hippie home. His own children were born on the floor in the middle of the living room, ya know, where the kids had morning snacks. I actually loved this job. The professors from the U of I sent their kids there, so these were bright children. Although one day I noticed a few boys rolling up twigs and dirt in a leaf, and passing it around the circle, breathing deeply and say, "eeer". Ha, ha, ha! And one of the four-year-old boys could do a killer Tom Jones impression. I'll never forget his rendition of "It's so Unusual," atop a toy box, with a paper towel roll microphone. Oh, and snack time was either sushi and organic greens from Tim's garden. Disney videos were banned.
San Diego

Another coffee shop: This time I used my two useless degrees to make killer foam for $6.00 an hour.

Trader Joe's: A wine and cheesy grocery store. Worked with fun, intelligent people, ate too much, and grew some muscles carrying wine cases on my shoulders.

Trader Joe's in the Mountains: Where I met Froggydaddy! He walked in, asked me if we were out of walnuts, and the rest is history.

Indian Restaurant: A waitress, again, a smelly job. But this time it was tandoori and curry and mango lassi. Yum. Froggydadda called me his tandoori baby.

A Theatre for the Deaf/hard-of-hearing: Office Manager, interim General Manager, volunteer coordinator. An amazing experience, and eventually a sad experience as the management changed and things fell apart. But the golden years of deaf musicals, yes, deaf musicals and making life-long friendships was wonderful.

Nanny: For two years I took care of two darling boys (Pony and Gabo) and became part of Mieke's family. They lived by the beach and we spent our days at the park and beach. What a life.

Research Assistant: For a television writer. A great experience and became good friends with their family.

Lifetime Television: At first in Publicity, and later as the assistant to the president. I liked publicity, but didn't like hailing to the chief.

Assistant to a Director: My current job. My boss is great and directs "The Closer" on TNT, "Shark" and the new Grey's Anatomy spin-off, "Private Practice". He's wonderful and is so understanding about Froggy.

And last but not least, I'm a mama to the most wonderful little two-year-old! It is quite a job and definitely the most rewarding and joyful experience.

Posted by Froggymama at 9:36 PM

You have certainly had a varied experience. I'm tired.

wowza! yes you HAVE had some interesting job experiences. makes you the terrific woman/mama/writer you are. jcn

What a fun idea for a post...hmmm. Might have to steal it since I'm having a dry spell lately.

I have said for many-a year that food service work should be a national requirement. Everyone should HAVE to work a minimum of one year in a reataurant, school cafeteria, old folks home, wherever food is prepared and served. You just learn so much, beyond the food prep. My favorite Pizza Hut lesson...If you've got time to lean you've got time to clean. Wouldn't the world be a better place if everyone understood how hard it really i s to serve a pizza with a smile?

Oh, and thanks for satisfying my curiousity about your connection to Meike. I hop to her blog from yours on a regular basis and I've wondered. Not that I'm stalking either of you or anything. But now I know.